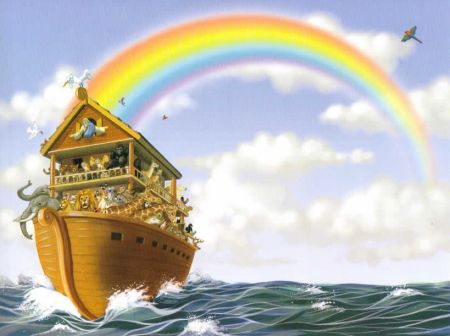 Throughout the ages, Christianity has painted a picture of God as jealous, vengeful, and full of righteous wrath. The Bible is filled with stories that told us we’d better watch out or “God is gonna get us.” Even the most beloved stories have a dark cloud hanging over them. The story of Noah and his ark, for instance, fills many children’s books, and is found in many nurseries on blankets, mobiles, and wallpaper. But no matter how cute the story may appear, it still harkens to a God who made a mistake about His creations and decided to righteously kill them off by flooding the entire world.

God does decide to save a few (Noah, his family and the animals of the world), but imagine the guilt those few must have felt being saved when the rest of the world perished. As a matter of fact, we find out later in the Bible that those who were saved went on to have the same foibles as those whom God blighted from the earth.

If God was a poor judge of character when it came to Noah and his family, He was also a little impetuous in flooding the earth. We find in the story that God felt bad about what He had done and put a rainbow in the sky as a promise to Noah that He would not destroy the earth again…by flood. With a wink, wink, God leaves the door open for the possibility of apocalypse by wind, fire, and earthquake, if we don’t keep on the straight and narrow.

But think about it for just a moment. God evidently made the mistake when He created man. He evidently didn’t do a very good job. Why should mankind have to pay for His poor manufacturing job? That would be like saying a manufacturer of a faulty product should be able to say, “Hey, my product is lousy. It’s not my fault. You should never have bought it. You’re to blame!”

What has kept churches full for many years is not the love of God, but the fear of God. We have read about God’s terrible mood swings. Just look at poor, long suffering Job. This fear is also what now turns people away from formalized churches. It no longer makes sense to our hearts to think that a God of love would be so vengeful and erratic.

When we find holes in religion, our tendency is to point our finger and say it is bad. But how does that help us? As A Course in Miracles would counsel, we cannot make ourselves right by making another wrong. Nor can we know ourselves as God created us if we hate or attack another. We will lose ourselves or find ourselves in how we deal with every holy encounter we experience, even with religion.

We don’t have to agree with everything a religion does, and we don’t have to condemn it. Every great religion has a perennial truth, meaning there is a vein of consistency that can be found in all spiritual teachings. Instead of looking for the differences in Christianity, Buddhism, Judaism, or Islam, we can look for that perennial truth that ties them all together. Perhaps it is our eternal nature, or the fact that we were intended for something greater than this world. Perhaps it is the basic truth that there is a God who is good and loves us, and our purpose in this world is to live a life that exemplifies that God. Beyond that, the dogma of religion steps in, and we find separation. It can be creeds that are spoken, paths that must be followed, or deeds that must be done to secure one’s place in heaven. But that is the world; it is constantly looking for differences to perpetuate its purpose.

Religion has a place

It would appear the real purpose of religion is to give us rules to live by to make us more compassionate and accountable in society. Just as we have traffic lights that prevent us from crashing into each other, so do we have moral codes and ethics provided by religion that are meant to save us from our baser instincts and teach us to follow a higher standard lest we pay the consequences. For some this is the real purpose of religion – to keep society on the straight and narrow. For others, this is its downfall: setting up moral standards that hurt, separate, and focus on damnation.

Again, we need to understand instead of just condemn, no matter what side of the debate we are on. Religion and its rules have brought us to where we are in our society, but perhaps we have outgrown its limitations. I think this is what we are seeing in society today. Unless religion makes sense to the heart, people will question those long-unquestioned rules and beliefs. 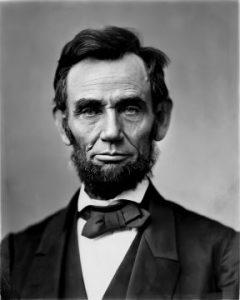 As every parent knows, the final answer to a child’s ongoing “whys” is, “because I said so!” But, this reply is only good for a while. As children grow up, they are no longer satisfied with this answer. We are no longer satisfied with our questioning being answered with, “Because the Bible says so,” as if that should be enough. Thoughtful discourse about the inerrancy of the Bible should not be met with declarations of heresy. Why can’t we bring some of these long held beliefs to the light of our current experiences, and new findings of lost gospels like those of Mary, Judas, and Thomas? After all, the word “heresy” means choice, and should not be demonized. What is wrong with letting people choose whether the tenets of the Bible make sense without telling them if they don’t follow this path they’re not welcome for communion at His table, to marry in His church, or to go to Heaven? We cannot question God, because…why? Isn’t He God? Can’t He handle the scrutiny?

I read an article in Smithsonian magazine a while back that commented on the life of Abraham Lincoln on the 200th anniversary of his birth. Of course many people consider Lincoln their favorite president. After two hundred years, though, Smithsonian felt it was not only time to celebrate this great leader, but also to bring to light some of his shortcomings concerning racism and tyrannical rule. Should the conversation be silenced in deference to our icons, or can we learn something when we listen?

Of all the great figures of the 19th century, Lincoln is to me the most human and lovable. I love him not because he was perfect but because he was not and yet triumphed.”

I have often thought that the infallible images of any of history’s heroes would be hard for them to live up to if they were alive today. I liked what W.E.B. Du Bois (one of the original activists who formed the NAACP) wrote about Lincoln in 1922: “The scars and foibles and contradictions of the Great do not diminish but enhance the worth and meaning of their upward struggle. Of all the great figures of the 19th century, Lincoln is to me the most human and lovable. I love him not because he was perfect but because he was not and yet triumphed.”

Why can’t this same approach be applied to the Bible without it being seen as heretical? Why can’t we allow the Bible to change and allow some of our assumptions about what we think it has said to be seen in view of our changing times, society and new information that has come to light?

Most followers don’t adhere to many of the Bible’s cultural rules any longer. For instance, women are no longer required to cover their heads to pray and are free to “adorn” themselves and even wear pants (women shall not dress like men according to the Bible). What happened to the inerrancy of the Bible there? Why aren’t the architects of those changes going to Hell? The response is that we need to reinterpret scripture in light of the changing times. So, is it heresy or a natural progression of Christianity’s need to change and grow as we as a society change and grow? It is not sacrificing the truth to be more tolerant and loving, is it? 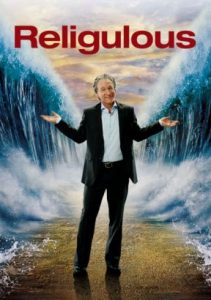 A change is a comin’

We are in a time of change. There’s a lot of change in our political system and in how we treat each other. Former President Barack Obama said we are not a red and blue America or a black and white America, but the United States of America. Well, we are not a Christian or non-Christian world, but a world where we are to be Christ-like. That Christ mind is not limited to the Bible or just Christians, but is within us all, regardless of race, religion, sexuality, or nationality.

I remember seeing comedian and satirist Bill Maher’s movie, Religulous (a combination of the words religion and ridiculous). You can pretty much guess from the title that he doesn’t think highly of any religion and goes forward to paint a very silly picture of them all. The movie is fairly one-sided in characterizing all religion as hypocritical, but there is one poignant scene I felt fairly depicted the way we can heal on both sides.

Maher was visiting a small chapel for truck drivers. The scene picks up with the leader of the group offering to give Maher a chance to speak. Maher shares a few of his questions about the contradictions of Christianity, and, at times, its unloving nature. One of the devotees decides Maher should not attack his God and is pretty angry as he leaves. The leader and the rest of the group are really not Bible scholars, and don’t feel like they can answer Maher’s questions, but they do ask in a very sweet and naïve way, “Can we pray with you?” Maher agrees. Their heartfelt prayer is that God answers the questions in his heart and that’s it. No need to convert, save, or change, just to be of service and minister in love as best they could. As he leaves, Maher says, “Thank you for being Christian.”

The movie is fairly one-sided in characterizing all religion as hypocritical, but there is one poignant scene I felt fairly depicted the way we can heal on both sides.”

That certainly was the message of Jesus some 2,000 years ago, but somewhere along the way that message got stuck in dogma. A change is a comin’, though, because we can change. The Course reminds us that if we seek controversy we will find it, but if we seek clarification we will find that as well. We must be willing to overlook controversy and focus on where we can join; from that point, we can experience miracles. Miracles occur, forgiveness makes sense, and ancient hatreds can become present loves.