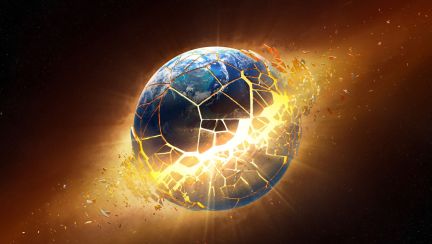 It is hard to believe we are getting near the end of 2020. This has been a year like no other in my lifetime. A worldwide pandemic would seem like enough to get our attention, but there have also been many other things that have become real wake-up calls for us. So, is it the end of the world?

It is amazing how we have such a preoccupation with the world‘s end. Nostradamus, the famous 16th century French seer, the Bible with its Armageddon, and the 2012 prediction of the end of the Mayan calendar all prophesized the end of the world. There has always been talk of a cataclysmic event happening to change the world, but why does that have to be a bad thing? Why is the end of something a threat? Why can’t it simply be the end of one experience and the birth of a new experience? Just as a caterpillar goes into its cocoon only to come out as a butterfly; the caterpillar’s death is the butterfly’s birth. No one is too upset about that because we know that its life continues on.

This is the same perspective we need to hold onto for ourselves. I am pretty sure the caterpillar does not have a scientific understanding of what we call metamorphosis, yet it does not cower in the face of its impending doom in the cocoon. It actually has a pretty good-sized dinner before its long sleep, and then it becomes a thing of rare and delicate beauty.

Perhaps this is how we need to look at any impending thought of doom: look at it, then move through it without fear, so we might experience the miracle we are entitled to on the other side. 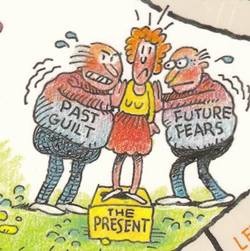 This concept is not new to any Course student. There are a number of places in the Course where we are told not to focus on the frenzy of our fear thoughts, but to look clearly at what we think is the problem or challenge before us. Getting caught in the fear that often surrounds a situation does nothing for us; it neither solves the problem nor helps us to feel the peace that will allow us to be open to another way — the miraculous transformation before us. In some parts of the Course those fear thoughts are described as clouds that can be easily moved through. They have no substance and can only stop us if we allow them to do so. As it says, “Go on; clouds cannot stop you.”

Like most of you, I have so many streaming services available to me that I can watch almost any movie on-demand. I happened to watch the apocalyptic disaster movie 2012 recently. It’s about the end of the Mayan calendar and how it was supposed to predict the end of our world as we know it.

Well, if you have done any research on this subject, you might already know that there is a lot of skepticism around this idea and even of the actual date the Mayan calendar refers to, and that’s from those in the “know” about Mayan culture. Since the end of the world did not happen in 2012, those “knowers” must have been right.

In the movie, there is a scene in a Tibetan temple where an elder monk is counseling a young monk with (surprise!) very few words. To address the young monk’s concerns, the elder pours a cup of tea until the tea overflows and overflows and overflows! This startles the young monk, but the elder monk counsels him that you cannot find any solution when you are so full of confusion. You must first empty your cup. Of course, the movie did not come up with this thought. It was actually borrowed from an old Zen story about the importance of emptying one’s mind.

It is that scene that has stuck with me about the movie — and I bet that scene was only a miniscule portion of the film’s $260 million budget. It was a priceless reminder. It is important to empty our minds of the fear and frenzy that is whirling around. Think about how many things are facing you just today. What are the thoughts racing through your mind? Are you a cup that is overflowing because of your fears or worries from the past? Perhaps it is time to empty your mind to allow truth to find a home. Your answer is with you now; you merely need to clear away everything that is not the answer.

We spend so much time in the company of fear, but no one likes it. We feel victimized by fear. So, maybe it’s time to stop inviting it over. I don’t know about you, but I have a busy life. I just don’t have time for thoughts that don’t benefit me. What has fear ever done for you? Worrying about what has happened or what might happen prevents you from seeing what is happening. 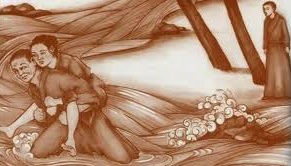 There is a fable about two monks who were walking by the side of a stream when they came across a woman. She was in great distress, for she needed to get across the stream, but she could not swim. The elder monk picked her up and carried her across, and then came back and resumed his journey with his fellow monk. The elder monk could tell that something was bothering his companion, but nothing was said.

Finally, after a few hours, the other monk could not keep his mouth shut any longer. “You know our vows prohibit you from touching a woman. How could you do that?” he scolded. The elder monk replied, “I put that woman down on the other side of the stream. Why do you still carry her?”

There may very well be challenges you have to face, but carrying your fear and judgments from the past do you no good, and certainly do not allow you to be open to experience the miracle that is awaiting you.

Holding on to fear and reliving it over and over again is like finding a piece of food between your teeth and re-chewing it. Have you ever done that? Be honest, we have all found that piece of tasteless, gray food between our teeth and instead of spitting it out, we pick it out, look at it, re-chew it, and swallow it.

Yuck! What a disgusting thing to do. But, we think nothing of re-chewing the fearful, debilitating thoughts that we allow our minds to feast on. Let us become aware of the thoughts that serve us and those that cost us our peace and insight, and gladly make the sacrifice of fear today.

You are entitled to miracles…

I say this all the time, but why not? When studying A Course in Miracles we are told we are entitled to them, so perhaps we should believe it! As a matter of fact, we are told in the beginning of the Text in the first 50 miracle principles that miracles are natural, and when they do not occur something has gone wrong. The fact is miracles are happening all the time; what has gone wrong is our unwillingness to notice them.

As Einstein said, “You either live as if everything is a miracle or nothing is a miracle.” That is your choice. The Course is not about you creating miracles; it is about you removing the blocks to the awareness of the miracles that are all around you. You are the heir to the kingdom of God, so it is time to stop living with such an impoverished attitude.

To be born again…

“To be born again is to let the past go, and look without condemnation upon the present.” (T-13.VI.3) 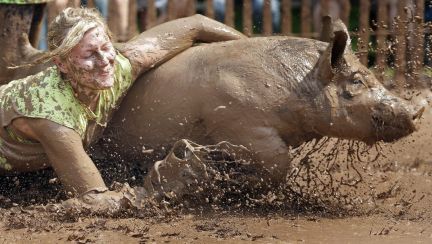 When we dwell in fear, we lose. There is an old proverb: Never wrestle with a pig. You both get dirty and the pig likes it. Stop wrestling with your fearful thoughts; you will never win, and the fear will become more real to you because of your resistance. This may be easier said than done, but that is no excuse not to start. That’s why the above quote is a good one. It is simple, direct, and it works.

Look clearly: what has the past given you? What value have you received from dwelling on issues from your past? You might say you learned some good lessons from it. Okay, fair enough, so take the lessons and release the rest. The problem is most of us are not spending time in the past thinking about the wisdom we have gained; we are spending time in the past in regret, guilt, fear, or anger. When we dwell there, we are stuck to relive it in our future.

There is a miracle waiting for you today, right now. It cannot be lost or found by someone else for you. It will be found only by you. It requires only that you no longer carry your past into your future and that you be willing to empty your mind of fear now. God is waiting to fill your cup with the truth.

This is an apocalyptic idea, for it is the end of the old and the awakening of the truth in your mind and world. The Course puts it like this…

The first step toward freedom involves a sorting out of the false from the true. This is a process of separation in the constructive sense, and reflects the true meaning of the Apocalypse. Everyone will ultimately look upon his own creations and choose to preserve only what is good…. At the same time the mind will inevitably disown its miscreations which, without belief, will no longer exist. (T-2.VIII.4) 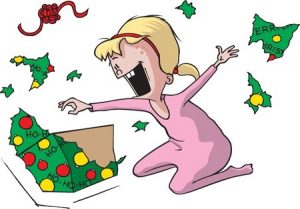 Releasing fear will not be experienced as a struggle, when it is finally seen for the worthless unproductive idea it is. It will be like tossing away the paper that surrounds a gift – it is something that no longer has value for us, in favor of the gift it had been hiding.

It is time for the end of the world of fear and the birth of the world of love. This kind of end is not one of destruction, but translation. Allowing all mistaken, fearful thoughts to be translated into knowledge and restoring to our minds the truth we think we have thrown away, is Heaven. And this is really not an end; it is the beginning.