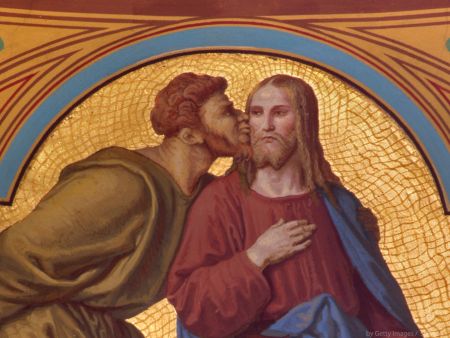 I grabbed a pair of scissors off a shelf, causing a pen to fall onto the mess that is known as my desk. From the side of my desk where I was standing, I could not see the pen. It had disappeared from my sight. Of course, it had to be there. I had just knocked it off the shelf! But it was not visible from my perspective. As I shifted my angle, moved a few stacks of books and papers away, and looked again, I saw the pen. What had seemed lost was found.

It made me realize that nothing is ever lost. Things may go missing for a while, but they eventually show up. And so it was with the discovery of the Gospel of Judas a few years back. After 1,700 years, this text surfaced to shed a new angle on the relationship between Jesus and Judas. But, perhaps the most interesting angle is the perspective it offers us on our relationship with God.

This gospel is just one of many such writings that have surfaced, shedding a deeper perspective on the message of Christianity. Significant discoveries such as the Dead Sea Scrolls, the Nag Hammadi Library, and gospels like Thomas and Mary Magdalene seem to indicate that all is not as clear-cut as what we have been told in the literal interpretations of the New Testament.

Dr. Elaine Pagels, a professor of religion at Princeton who specializes in studies of the Gnostics said, “These discoveries are exploding the myth of a monolithic religion and demonstrating how diverse – and fascinating – the early Christian movement really was.”

Judas’ gospel tells us of a secret conversation that Jesus had with Judas just days before he celebrated Passover. According to the gospel, Jesus tells Judas that he will “exceed all of them [the other disciples]. For you will sacrifice the man that clothes me.” Scholars of Gnosticism (sometimes considered a pre-Christian religion) say, “Jesus meant that by helping him get rid of his physical flesh, Judas will act to liberate the true spiritual self or divine being within Jesus.”

This gospel paints Judas as the only one of the twelve disciples who understood the meaning of Jesus’ teachings. Then was his act a betrayal or an act of love? The Gnostics, to which most of these newly discovered texts are being attributed, believed in a secret knowledge of how people could escape the prison of their material bodies and return to the spiritual realm from which they came.

Gnostics were viewed by the early church leaders as unorthodox and often denounced as heretics. It is speculated that many of the seeming Gnostic-like texts such as the gospels of Judas, Mary, and Thomas were probably suppressed. During those times, if you wanted to eliminate a text, you simply didn’t have it recopied and let nature take its course. But in this case, those seemingly lost writings have been found.

So what does all this mean for us and our lives? Perhaps not much to those of us who are a little more “Gnostic” than we realized. Even though the Gnostics were fanatical in their denial of the world, they weren’t all wrong. 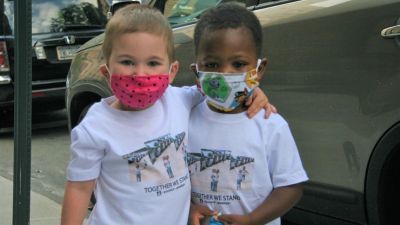 As A Course in Miracles tells us, this world of form is not our reality. It also tells us that we cannot escape this world through death but rather through life. As the truth of who we all are (the Christ) begins to dawn on our minds, we will wipe away the sleep of dreams (our judgments and fears that limit and separate us) and see the love that connects us. It is not by denying the world or cherishing it but by walking a path between the two that we will awaken to our salvation.

Between these paths there is another road that leads away from loss of every kind, for sacrifice and deprivation both are quickly left behind. This is the way appointed for you now.” (W-155.4-5)

From this passage, we see that the message of the Gnostics (the unreality of form and the need to shed its bonds) becomes a realistic and achievable path, but not through denial or what we call death. This workbook lesson in the Course asks us to look clearly at the things we have given more value to than the peace and presence of God and decide whether or not that is where we want to dwell. If we want to dwell in peace, then we are asked to spend time each day with the Holy Spirit, allowing Him to show us the love that is always present in every situation as we step back and let Him lead the way.

The discovery of the Gospel of Judas simply becomes another example that the world of illusions is constantly changing – things are lost and then found; the absolute authority of religious doctrine is canonized and then questioned. If we look to the world for answers, we will be confused and frustrated. But when we turn within and feel the peace of God, when we take a moment to dwell with Him, we are freed.

This Gospel of Judas gives us another look at Jesus. For many, it will cause fear and go against the status quo. For others, it will make little or no difference. For Course students, perhaps it will just be another opportunity to heal our perceptions. Judas is the only disciple mentioned in the Course, and the passage is really more of a commentary about the entire New Testament. It says that there are many examples of upside-down thinking in the New Testament, and confusion as to how Jesus responded to Judas is just one such thought.

“Nor could they [the disciples] have described my reactions to Judas as they did, if they had really understood me. I could not have said, ‘Betrayest thou the Son of Man with a kiss?’ unless I believed in betrayal. The whole message of the crucifixion [teach only love, for that is what you are] was simply that I did not.” (T-6.I.15.4) 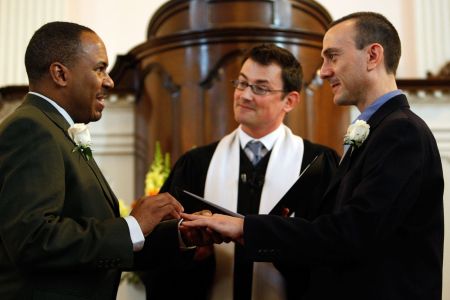 Amid the controversy on both sides of the religious debates or any honest debates that occur, our focus must be on love. As we read in the Course, “The best defense, as always, is not to attack another’s position, but rather to protect the truth.” (T-3.I.2)