The Essence of Jerry Jampolsky 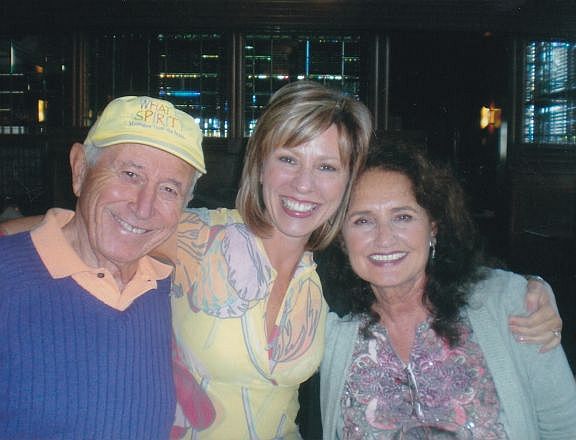 Beverly, center, with Jerry and Diane Jampolsky at MDC’s Conference in 2009

How can I help you? When I think about my long-time friend Jerry Jampolsky, this is the phrase that most often comes to mind. I met Jerry in 1978 when my brother and I founded Miracle Distribution Center. Jerry’s dedication to service and helping was on full display with the work he did with terminally ill children and their parents and siblings. Through the first Center for Attitudinal Healing in Tiburon, California, he gave those who thought they had nothing left to give, the realization of the healing power they could experience by being truly helpful to others going through the same experience. He was not there to sympathize with them, but to remind them that they had a great gift to give. They grew stronger by being truly helpful.

Jerry’s work with attitudinal healing was sparked after he found A Course in Miracles in 1975. He incorporated the Course’s principles into his 1979 international bestseller, Love is Letting Go of Fear. The simplicity with which Jerry explained the Course’s principles became an entry point for many students of the Course. I have heard from more students than I can count how they came to the Course, and still do, because of Jerry and his books and work.

A focus on a simple truth almost seems impossible during these complex times, but simplicity is not ignorance and truth is not powerless. As a matter of fact, truth is the only power there is. What is the truth? Jerry said it best in his book Teach Only Love where he stated the seven principles of attitudinal healing…

Students of A Course in Miracles will quickly recognize that the principles Jerry used for attitudinal healing were the perennial truths found in the Course. He was able to synthesize them in such a way that those who were in the most vulnerable of circumstances could understand and apply them. We can clearly see, however, that these principles are key for all of us in healing our lives and planet. But applying these concepts is not always easy and that is why storytelling played an important role in Jerry’s explanation of his work. His books, conference presentations, and articles in The Holy Encounter were often filled with personal stories and examples. Since the Course says, “Everything you teach you are learning” (T-6.III.4:8), it was clear that every step of his work honed a life dedicated to a focus on truth and healing.

One particular story about Jerry and his work comes from the book Journey Without Distance by Bob Skutch, and I feel it incorporates all of the above principles so beautifully. A mother had called Jerry about her son who had been in a terrible accident. He had been run over by a tractor and had been in a coma for 41 days. He was now out of the coma, but he was left completely blind and totally paralyzed except for his left arm. Her son Joey was terribly depressed, and they didn’t know what to do. She asked, “Can you help us?”

Jerry asked where the boy was, and the mother replied that Joey was at home in northern California but was going to be moved to a hospital in Los Angeles where they were going to try some different therapy. Even though Jerry was three hundred miles away from their home, he heard his inner voice tell him to go and see them, and so he did. He flew to Eureka, rented a car and drove to their home to see if he could be truly helpful to them.

He shared with the family his principles of attitudinal healing; he especially focused on the third point: giving is receiving. Course students will recognize this concept from workbook lesson 108 that states: To give and to receive are one in truth.” He emphasized the fact that when we are focused on helping another, we are actually helped.

“Even though things may look awfully bleak for you,” Jerry told Joey, “it is always possible to find other people to help. And you’ll discover,” he added, “that as you find people whom you can help, you’ll learn to help yourself.” 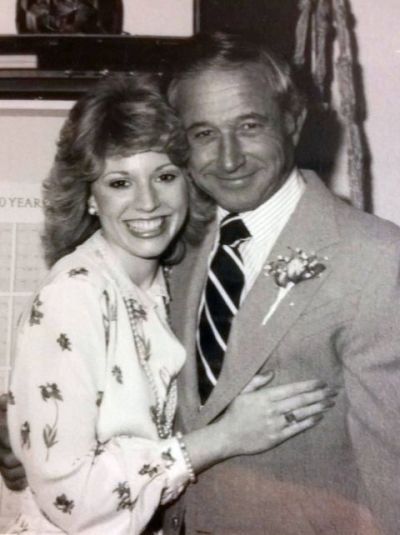 The following day Joey was moved to a hospital in Los Angeles. When Jerry called Joey’s mom to see how he was doing, Jerry found out that the doctors’ prognosis was not hopeful. But that was not the end of the story. A few days later Jerry received a call from Joey’s mom who exclaimed, “I’ve got to tell you about the miracle!”

She told Jerry that Joey was not doing well and was so deeply depressed that they felt he might just slip away. He was in a terrible state and nothing would cheer him up. She said she was in a state of despair for she had no idea how to help her son. Then she remembered what Jerry had said about helping others. There was a two-year old child a few beds down from Joey who had been crying day and night. The child was very ill and the nurses could not help him. The child had reverted to the state of an infant and was inconsolable and disturbing the entire ward.

Spontaneously, Joey’s mom went over to the child, picked him up, walked over to Joey’s bed, and placed the child face down on Joey’s chest. Joey was startled and recoiled, but almost immediately Joey lifted his left arm, the only part of his body that he could still move, and he placed his hand on the child’s back and began stroking and soothing the child until the child fell asleep.

The mother went on to say, “Joey was smiling, the child seemed to be smiling, and the nurses came over and looked at the two of them there together, and they said, it’s a miracle; why didn’t we ever think of this?” Within days a new program was instituted at that ward of the hospital, letting children help each other. The ward turned into a place of joy.

Joey eventually regained his speech and motor abilities, but his healing was awakened as he awakened to the truth that he was not limited by his body; he could still be truly helpful to another.

Stories like these about the impact of Jerry’s life work, reinforces the Course’s message that as we step back, listen, and let God’s love lead the way, we become the conduits of miracles that awakens miracles in others. In A Course in Miracles we read,

“Miracles mirror God’s eternal Love. To offer them is to remember Him, and through His memory to save the world.” (W-350)

Jerry became a mirror of God’s love for so many. And, as he gave, so he received. The miracles he gave became his salvation. As a child who suffered from dyslexia, the world was a confusing place. He experienced challenges and heartaches throughout his life, but instead of being hardened or limited by the world, Jerry found the secret: helping. He allowed forgiveness to be the gift he received by being the gift he extended.

I will miss my friend’s big smile and loving hugs, but I will rest joyously in the knowledge that his need to walk the world of limits is done. He is not limited by a body that could no longer house his mighty spirit. Just as a caterpillar leaves his lowly existence to become the beautiful butterfly, Jerry has moved to a beautiful, heavenly experience where the limitations of the body will encumber him no more. He is in the light, resting peacefully in the loving arms of God.